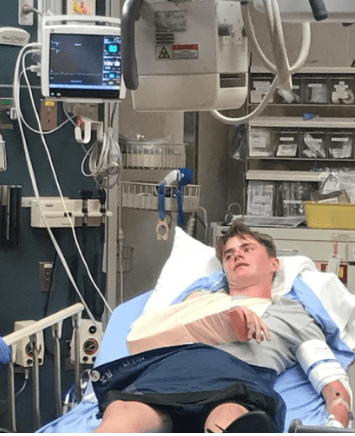 I remember being a young mom with two toddlers under the age of two in diapers. My days consisted of chasing them around the house repeating the words “no” and “be careful” over and over just to survive. My kids are teenagers now, but I was still interested to read about a UCLA study which concluded that 96% of parent interactions with young children were negative, and that children heard the word, “no” at least 400 times per day! As an educator, and a child temperament specialist I believe these parents and others like them are not trying to be negative. They are simply afraid. They are afraid their children will get physically hurt, and they are afraid they will get emotionally hurt. Parents feel inadequate and are terrified they will ruin their children for life!

I have learned that instead of immersing my child in packing peanuts, attempting to protect them from every scratch and disappointment, I should embrace failure, because failure can be the most powerful teacher of all. My 16-year-old son Nathan learned this lesson in an arm-wrestling match that went terribly wrong. Here is an excerpt from an essay he wrote about the event.

“It was a normal night out with friends at a local Buffalo Wild Wings after playing drums in a marching band competition. I felt relaxed, without a care in the world, until a bass saxophone player named Matt, challenged me to an arm-wrestling duel. Many had already tried to defeat Matt, but Matt was a big guy, and he was annihilating all his opponents. Since I was not exactly a wimp, I was feeling determined and energized at the prospect of challenging the reigning champ.

And so it commenced: an intense struggle between Matt and I. Our arms writhed, our hands clenched, and we both made cave man sounds through gritted teeth. For around two minutes our muscles flexed and trembled from the strain in what seemed like a stalemate, until I heard a loud ​“crack.”

That was the end of the match. I felt numbness throughout my right arm and when I dared to look at it, I was horrified by what I saw! This one decision resulted in the end of my season as a drummer. It also resulted in five days of agony, surgery, partial paralysis for six months and an eight-inch scar I would have for the rest of my life, not to mention the permanent metal plate and six screws holding my humerus bone in place.

It is not all that humorous to break your humerus, but I still laugh at myself, realizing that I could have just made a different choice. I could have simply enjoyed watching Matt beat everyone else, content to munch on my fiery wild wings. But instead, I let my impulses take over and for the next six months my dominant arm was useless. One minute I felt proud of my strength, and the next I felt useless and weak. In the uncomfortable months that followed, I realized that I had taken so many things for granted in my life.”

Would I have done anything to have protected my son from the agony he went through that night in the urgent care? Of course. Do I wish I could erase the 8-inch scar that now resides on his outer tricep? I’m not sure. This scar reminds him that life is fragile. It reminds him to be grateful for every moment and it reminds him to think twice before doing something stupid. Because so much pain was attached, he will remember these lessons forever.

Even my very best parental lecture could have never taught him these lessons. Most of the time, it is better to use fewer words and let life be their teacher. “Gist: The Essence of Raising Life Ready Kids” by Timothy Johansen and Michael Anderson, advocates for letting kids fail while they are under your roof so you can teach them problem-solving skills. Society keeps raising the expectations for our kids causing them to feel enormous pressure to be perfect. It is important for parents to understand their children’s wiring because some temperaments are more susceptible than others. According to the latest data analysis available from the Centers for Disease Control and Prevention, the suicide rate for white children and teens between 10 and 17 was up 70% between 2006 and 2016,

Here are some tips for overcoming perfectionism from my upcoming book, Your Child’s Inner Drivee: Parenting by Personality from Toddlers to Teens.

Let your kids wrestle with life’s problems and when they fail, boast about their ability to bounce back when broken.