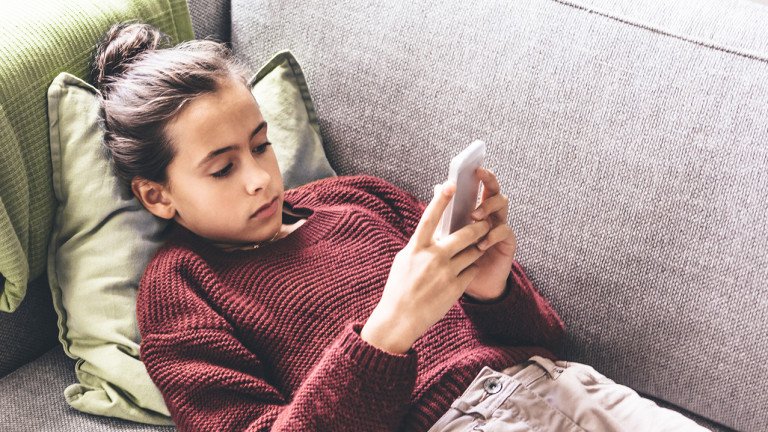 “I don’t know any parent who says, ‘Yeah, I really want my kids to grow up feeling manipulated by tech designers — manipulating their attention, making it impossible to do their homework, comparing themselves to unrealistic standards of beauty,” -Tristan Harris, former design ethicist at Google and the co-founder Center for Humane Technology

‘The Social Dilemma’ argues that depression and anxiety in teens is drastically increasing as a result of apps like Instagram, Snapchat, Tik-Tok, and Twitter. Be sure to read to the end for helpful tips that address the problem.

If you haven’t heard of it yet, ‘The Social Dilemma’ is a new Netflix documentary that just launched, after being selected for the Sundance Film Festival 2020. If you aren’t supporting Netflix, and don’t wish to watch it, here is what parents need to know.

These former tech executives admitted that their goal was to make users addicted. Because they know how damaging it can be to a kid’s self-esteem, they admitted that they do not allow their own children to use the very platforms they created!

Jeff Seibert, a former exec at Twitter, says that these companies track not only what image you look at but “for how long you look at it.” Tristan Harris, a former design ethicist at Google and the co-founder Center for Humane Technology, says this means the artificial intelligence or AI behind the app knows what you like, and what kind of images and videos will keep you engaged on the platform. They know when you or your child is lonely, bored, depressed, looking at pictures of a friend group, or former love interest. The algorithm can predict what kinds of emotions tend to trigger you and the best way to keep you scrolling or typing. As explained in the documentary, social media is now classed as an addictive activity because it turns your “psychology against you” so that you stay stuck to the screen.

As Harris points out in The Social Dilemma, humans evolved as a species to be social, and to care what our “tribe” thinks — but we did not evolve to take in “10,000” different opinions from all over the world. “These technology products were not designed by child psychologists who are trying to protect and nurture children.”

He notes that social media can negatively impact children’s mental health. “It’s not just that it’s controlling where they spend their attention, the artificial intelligence knows how to dig deeper and deeper down into the brain stem and take over kids’ sense of self-worth and identity.” Anyone with an online profile knows how fleeting that happy sensation, or “fake, brittle popularity,” feels when you get likes on an Instagram post.

Gen Z, kids born after 1996, is the first generation to have social media on their phones at the impressionable middle-school age. What does that mean for the generation?

Social psychologist Jonathan Haidt, PhD, a professor at the NYU Stern School of Business, explains. Between 2011 and 2013 There has been an increase in depression and anxiety for American tweens and teenagers.

“They’re much less comfortable taking risks,” Haidt argued, citing the lower numbers of teens who go on dates and/or get their driver’s license.

These are some of Dr. Haidt’s tips for parents.

A few years ago, we caved and began letting our teens use their phones as wake-up alarms. They had great grades, were involved in church and were open and trustworthy. We are now regretting that choice and have reinstated this policy even though our kids are 17 and 18!

How to Handle Your Argumentative Child (taken from Your Child’s Inner Drive: Parenting by Personality from Toddlers to Teens)