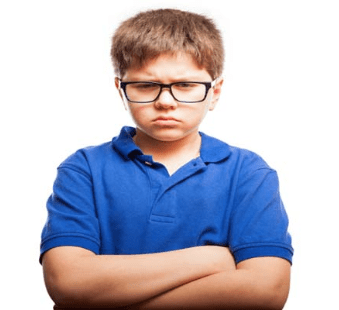 Almost every day when it came time for 9-year-old Lucy to do her chores, there was a fight between she and her older brother. Even though her parents had set up a system where she did the dishes on even days, and her brother did them on odd days, she would complain about the injustice of the current dish situation. “Sam didn’t do his job yesterday so now I am stuck doing them today!” And if it wasn’t the dishes, she would find another injustice to protest. On a family bike ride she would argue about the riding line up; “Sam got to be in front last time, it’s my turn!” On car rides she would protest; “Sam was in the front last time, it’s my turn today!” When it was time for dessert an extra serving of turmoil always came along with it. She would whine, “You gave Sam the biggest piece! It’s not fair!” When she wanted a sleepover, she would argue: “Sam had two friends over last week, so I get to have two friends over this week!”

Does any of this sound familiar? When parenting a child with a strong personality, it is sometimes easier to see the weaknesses in the child than it is to see the strengths. If your child is argumentative, it may be very hard for you to see the value in this behavior.

When it comes to learning styles, children exhibit various traits that would classify them as visual learners, audio learners, kinesthetic learners, and so on. However, did you know that arguing is actually a learning style for various personality types? Some personality types love learning and showing off their intelligence. This intelligence combined with logic and a need to win can be a recipe for an argumentative child. In all actuality, your child may be a talented debater in the making, voicing their rational reasoning and showing off their intelligence and competence.

Often argumentative children are intuitive types who are curious thinkers asking “why” often and not being satisfied with a “because I said so” response. They are not deliberately trying to undermine your authority but are trying to understand the reason the rule exists. It is best to stay calm as they voice their objections. This intuitive questioning can cause them to be and to innovate problem solvers, so use this to your advantage. Embrace their debating as a strength versus a weakness. Infante and Rancer, who developed the argumentativeness scale that is used throughout universities worldwide, said, “Arguing stimulates curiosity and increases learning because individuals tend to seek out information about the issues on which they argue. Arguing reduces egocentric thinking and forces individuals to explore issues from multiple perspectives.”

Any strength can be viewed as a weakness if it is being underused, overused or misused. The goal is to harness this assertive gift they’ve been given and teach them to use it in the appropriate ways, at the appropriate times. Rather than trying to extinguish the irritation, try to understand it. In my parent coaching practice when a parent asks me what they should do when their child talks back to them, I usually respond by saying, “listen.” One of the biggest complaints teens share is that their parents just don’t listen. Even if their communication feels argumentative it is still communication. A child who talks back to you gives you much more to work with than a child who is silent! Remind your kids that you value their opinions, but they need to be respectful to you and talking back is not showing that they trust you as a parent.

It may seem easier said than done, however it is possible to Instruct your child how to debate so it isn’t offensive to others.

Have a Debate Night with Your Family